The Everest region has attracted climbing and trekking enthusiasts since the mountain itself was ‘broken’ by Norgay and Hillary in their historic 1953 ascent. The region is famous for the highest peaks in the world, but also for the legendary hospitality provided by the Sherpa people who inhait this region. The area was given UNESCO Natural World Heritage status in 1979, and is protected by the presence of a national park named Sagarmatha – the local name for Everest.

The park is full of tough terrain, river gorges, glaciers and enormous rock formations. Spread over an area of 1,148 sq km, the park is home to musk deer, the red-billed chough, the impeyan pheasant, the blood pheasant and the yellow-billed chough. But of course, the main attraction of this region is Mount Everest, which at 8,848m is the highest peak in the world. Less well known but just as impressive are two other eight-thousanders, Cho-Oyu an Lhotse.

There are a range of trekking options in the area, designed to fit all budgets, timeframes and levels of ability. From all of them, you can see Mount Everest. The best time to travel is between October and May. 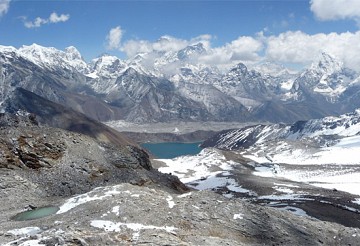 Everest with one pass trek

In the heart of the massif of Khumbu, the trek of the high pass of Khumbu in… 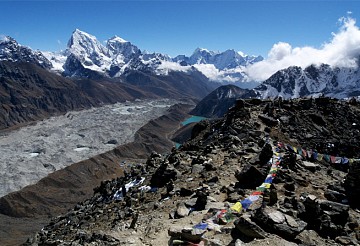 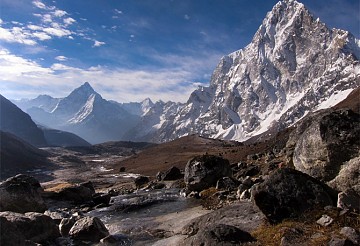 WE ARE ASSOCIATED WITH